Getting to Know Peruvian Cuisine

People often ask us what Peruvian food is like, and of course we give guests a sampling of our country’s unique flavors, presented by our amazing lodge chefs during their MLP adventures.   Nevertheless, it’s actually not easy to explain in just a few words, but If we had to choose one, it would be […]

People often ask us what Peruvian food is like, and of course we give guests a sampling of our country’s unique flavors, presented by our amazing lodge chefs during their MLP adventures.   Nevertheless, it’s actually not easy to explain in just a few words, but If we had to choose one, it would be ‘savory’.  From traditional dishes and street food to modern Peruvian-fusion cuisine as interpreted by some of the most innovative chefs in the world, the magic comes from indigenous recipes mixed with flavors from Peru’s diverse historical population:  Criollo, Spanish, and Asian—which makes for what US food critic Eric Asimov calls “one of the most important cuisines and an exemplar of fusion cuisine, due to its long multi-cultural history”.  Take a look! 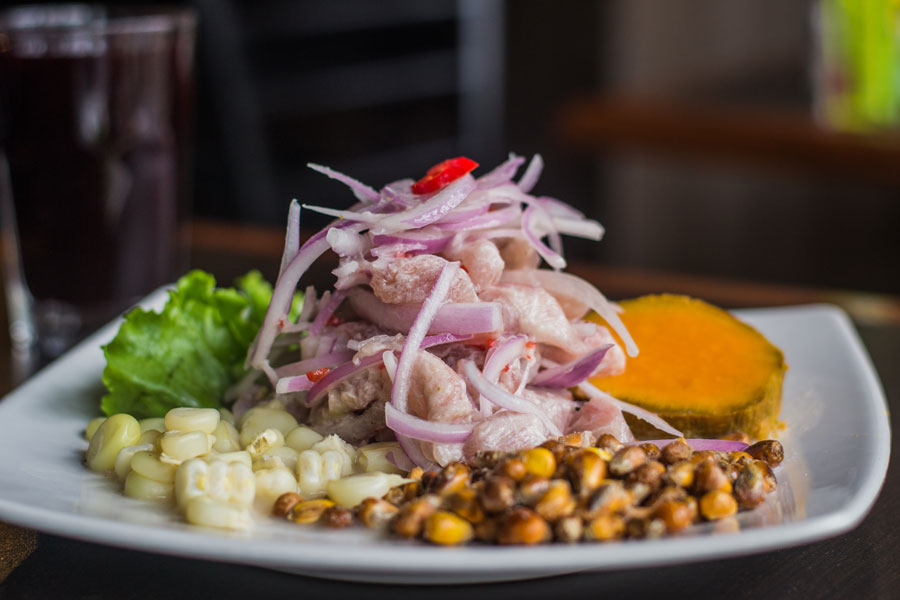 While Peru is best known around the world for its tantalizing Ceviche (fresh fish/seafood marinated and ‘cured’ in lemon juice, mixed with red onions, sprinkled with parsley, and served with sweet potatoes and Peruvian corn), there are other traditional dishes that will knock your socks off as well.  Here are a few of our faves: 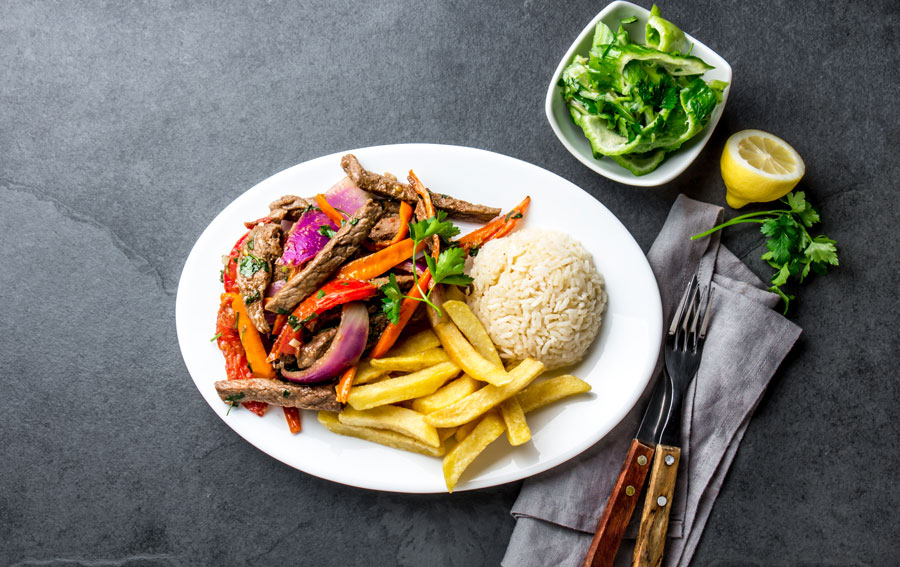 Lomo Saltado:   Similar to a stir-fry, the recipe calls for beef, tomatoes, and onions cooked in soy sauce, vinegar, and spices, and served with white rice and fried yellow potatoes.  (One of the over 3,800 potato varieties indigenous to Peru, btw!)  The result: a hearty, delicious merging of Peruvian and Asian flavors. 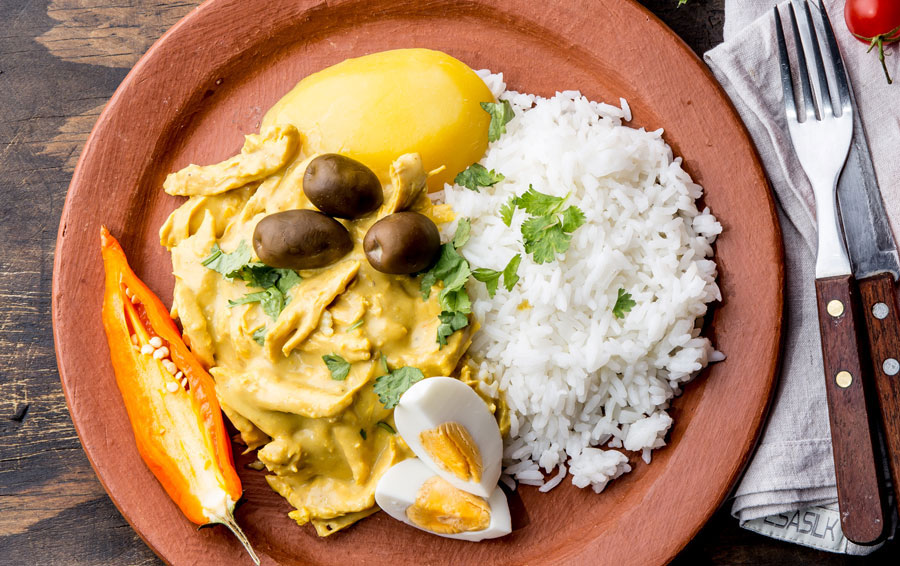 For those who prefer poultry to beef, Ají de Gallina is the perfect dish.  Mix shredded chicken into a creamy yellow sauce that can only be described as divine, serve it over yellow potatoes, and add a hard-boiled egg and black olive garnish.  The key to this traditional favorite is the Peruvian ají (yellow pepper) that gives this dish its ‘zing’ and is used in many other recipes. 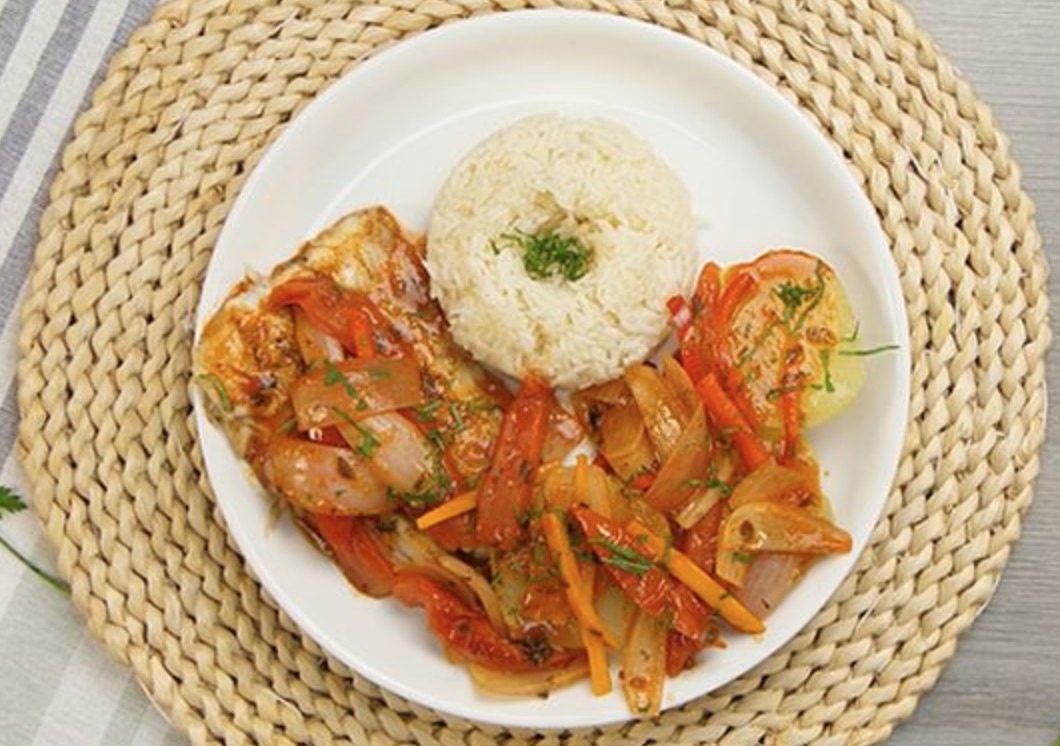 Since Peru is situated on over 1,500 mi/2,414km of Pacific Ocean shoreline, you’d better believe that we have some of the best ocean fare in the world.  Aside from ceviche, a traditional seafood must-try is the Pescado a la Chorrillana, which consists of steamed fish (usually seabass) covered with delicately sautéed onions, tomatoes, and strips of ají peppers served with—you guessed it—white rice.  It sounds simple, but this dish bursts with flavor—trust us, you won’t be disappointed. Photo credit:  cocinaperuanaydelmundo.com

Once you become familiar with traditional Peruvian flavors, you’ll be ready to move on to the innovative, world-renowned ‘meccas’ of Peruvian-fusion haute cuisine manned by the chefs who put it on the map.  For starters, these food artists have, respectively, designed heavenly flavor combinations to achieve the often-elusive ‘fifth taste’ detectable by the tongue—aside from the ‘basic’ sweet, salty, sour & bitter.  The ‘umami experience’, which can only be described as savory-on-steroids, is a ‘fullness’ of taste that results when specific flavors come together in other-worldly harmony.  Is your mouth watering yet?   To help with your gastronomic exploration while you’re here, we’ve picked three spots (in no particular order) that have made the “The Top 50 Restaurants in the World” ranking multiple times, and that may just change your palate forever!

It can be said that Gaston Acurio, otherwise known as the ‘ambassador’ of Peruvian cuisine, was the Pied Piper who led the movement to share Peruvian flavors with the world.  He and his wife, Astrid Gutsche, opened their flagship restaurant in Lima twenty-six years ago, often celebrated as a ‘superb classic with a modern twist’.  Gaston hasn’t stopped building his empire since then, and has expanded his dominion to (at the very least) six other branded restaurants in other parts of South America, North America, and Europe.  Signature dish:  ‘Cuy Pekin’

‘Nikkei’ is the word for descendents of Japanese immigrants living around the world, but in the ‘foodie’ universe, it’s the name for Peruvian ingredients executed with Japanese technique and precision.  Peruvian chef Micha Tsumura, the ‘Nikkei King’, has perfected the art of Japanese-Peruvian fusion and shares it with us mortals at his Lima flagship, Maido.  With a focus on sublime seafood and citrus-y sauces combined with indigenous ingredients like quinoa, aji, etc., Maido is a must-try!   Signature dish:  ‘Sudado Nikkei’

Virgilio Martinez is more than just a chef; he can also be called a ‘research scientist’ of obscure Peruvian ingredients from each and every corner of the country.  Picture combining these unique (to say the least) flavors and textures, designing the offerings with modern cooking techniques, and then adding a presentation that is nothing if not ‘theatrical’, you may begin to get an inkling of what this one-of-a-kind experience will be like.  Don’t miss it!  Signature dish:  ‘Crispy Piranha’ (not joking!)